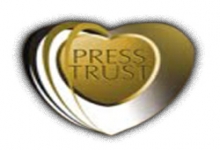 The Trust’s presence in Malawi has been inextricably linked with its political past. It is therefore difficult to recount the history of Press Trust without explaining the political environment in which it has always existed.
On 3rd March 1959, Dr Hastings K Banda, leader of the Nyasaland African Congress (NAC), together with other NAC leaders were arrested by the Colonial Government and exiled to Zimbabwe, then known as Southern Rhodesia. Prominent on the list was Dr. Banda, Mr Chipembere, the Chisiza brothers and several other NAC activists. The forced banishment of Dr. Kamuzu Banda and his lieutenants was meant to immobilize NAC. Instead, it created the opportunity for a political party to emerge.
With NAC out of the way, it was decided that a substitute must be found to fill the political vacuum. So when Orton Chirwa, who was released ahead of the other NAC leaders, sought permission to form a new party, his application was granted and thus on September 30, 1959 the Malawi Congress Party (MCP) was formed.

Within days of its formation, more than a thousand Africans sought membership and two months later the total number of card-carrying members stood at fifteen thousand. On 5th April, 1960, Orton Chirwa “formally handed over the Presidency of the MCP” to the now released Dr. Banda.
Until recently television, radio and print advertising have always been the traditional political campaign tools. The MCP very quickly understood that it needed to control a media house in order to have a dedicated and effective mouth piece through which it could get its messages to the masses. In 1960, the MCP established the Malawi Press Limited as the publisher of the Malawi News, the forerunner to the Malawi News newspaper which is still in circulation to this day. The initial capital of Malawi Press Limited was raised largely from contributions from members of the public through the MCP. Other funds were raised by the sale of MCP membership cards. A sum of £30,000.00 (a sizeable sum in those days) was realised. This sum was handed over to Dr. Banda as President of the MCP and part of this money was used to buy a printing press.
Address: Floor 9, Kangombe House City Centre Lilongwe Malawi
Phone number: +265 1 772 844
Fax: +265 1 771 692
Web: http://www.presstrustmw.com/