Pakistan is an ‘open field’ of opportunity for investors

Article - April 29, 2014
Zubair Ahmed Malike of the Federation of Pakistan’s Chambers of Commerce and Industry (FPCCI) can put potential investors in touch with the right local partners 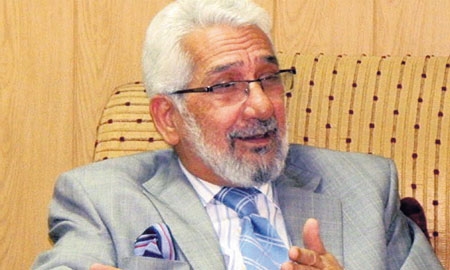 Through thick and thin, the FPCCI has served as the collective voice of the private sector since 1950, offering advice to the government in export promotion, and in encouraging foreign investment and stimulating greater economic activity.

As FPCCI President, Zubair Ahmed Malik keeps a finger on the pulse of Pakistan’s economy and is optimistic that the recent peaceful democratic transition will bring positive global attention back to his country, which could make greater and faster socio-economic strides with the help of the international investing community.

Where do you see the Pakistani private sector and the economy in general heading?

This government and the previous one gave us policies, which were very conducive to the development of the private sector in Pakistan. The question arises as to why the Pakistani economy has gone down. The dictatorship of the last nine years means that we are paying the price today. On face value, the economy was good, because the dollars were flowing in because of the war on terror. However, specific sectors were not developed over that period – such as energy. This is a basic requirement for the development of any industrial country.

FPCCI represents the Pakistani private sector. We definitely do appreciate the difficult economic conditions under which this government has taken over. The private sector is willing to help the government overcome these hardships, provided that there are some policies. We see light at the end of the tunnel. They will have all our support.

How does FPCCI and the state help foreign investors?

Pakistan has one of the best investment climates in this area. There is no limit on equity – you can have 100 per cent equity. Nor is there a limit on repatriation of capital in this country. Whatever you want, you can take it away. You do not need a local partner.
You can use the best infrastructure, minus energy. Otherwise, infrastructure is readily available here. We have specialised economic zones where one can come and invest in industry.

What are the main economic sectors that could attract more capital investment?

Energy is one. We have the third largest coal reserves in the world, but they are not being exploited. We would like companies to come in and invest in those coal reserves. They can generate energy as well.

We have one of the best copper mine reserves in Balochistan and we have the gold mine. We also have precious stones such as emeralds, topaz and other precious stones, as well as the best granite and marble in the world, but we do not have the equipment to mine it properly.

I think Pakistan is a very open field. Each and every area offers ample opportunities.

As it stands, remittances are the largest foreign exchange earner today. I say that migration is the wealth of a nation. Nearly one-third of NASA and Microsoft technicians come from the sub-continent, including India and Pakistan. Last year we had about $15 billion from remittances.