World champion in conservation with 30% of land set aside

Article - August 17, 2011
From just one park in 1951, today TANAPA manages 15 parks. Among these we find the Serengeti National Park and the Kilimanjaro National Park 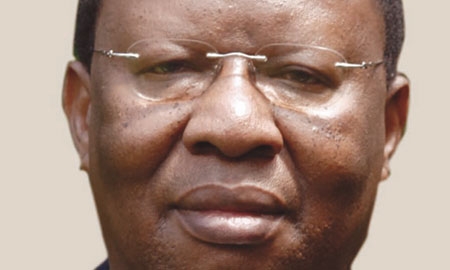 Sometimes, a country’s natural resources are best exploited when left untouched.  This is the case of Tanzania, where 15 national parks occupy 5-6% of the total territory and are a major tourist magnet. Add to this an additional 24-25% of land dedicated to other reserves, and you have a country with nearly one-third of its surface under protection from extractive industries, construction, etc.

“All the parks play a vital role in the tourism sector in Tanzania,” explains Edward Kishe, acting director general of TANAPA (Tanzania National Parks). “The revenue generated is used for the management of the parks as well as for reinvestment in infrastructure and equipment. The parks are contributing a lot to the country’s economy. The running of the parks is completely dependent on tourist revenue.”

TANAPA dates back to 1951 when the Serengeti was the country’s sole national park and encompassed the Ngorongoro Crater as well. In 1959, these two were separated in order to accommodate the interests of the Maasai community in the Ngorongoro region.

The story of the parks themselves is sadly tainted, yet TANAPA today works to make up for past transgressions. “When the parks were established they were taken from people against their will,” explains Mr. Kishe. “For a long time there was an antagonistic relationship between local communities and parks authorities. The turning point was when it came to light that the barrel of a gun was not a solution to minimize poaching.

“It was decided to involve the local communities living adjacent to national parks. TANAPA has an Outreach Program where local communities are given conservation education, but at the same time some funds generated from tourism are channeled to help the communities in various projects in a sort of benefit sharing mechanism.”

TANAPA helps the communities initiate income generating programs and projects and works to ensure that the gains are also felt at the household level.

The highest concentration of national parks can be found in northern Tanzania offering a variety of landscapes and wildlife: Arusha, Mt. Kilimanjaro, Mkomazi, Tarangire, the Serengeti and Lake Manyara. In the northeast we find Rubondo Island and Saadani, a spectacular spot where the forest meets the beach and elephants can be spotted walking in the sand.

Heading west we encounter Ruaha (the largest park in the country, at 7,722 square miles) and the Udzungwa Mountains. Further west are Gombe Stream – a chimpanzee habitat – and the Mahale Mountains. Tourists in the south can visit the Kitulo Plateau and Katavi, and not far from the capital of Dar es Salaam, the Mikumi National Park, home to herds of zebra, wildebeest, impala and buffalo.