From ancient ruins and fossil-packed rock forms to encroaching sand dunes and antiquity-packed modern museums, Sokoto State has the potential to exploit its historical and cultural heritage 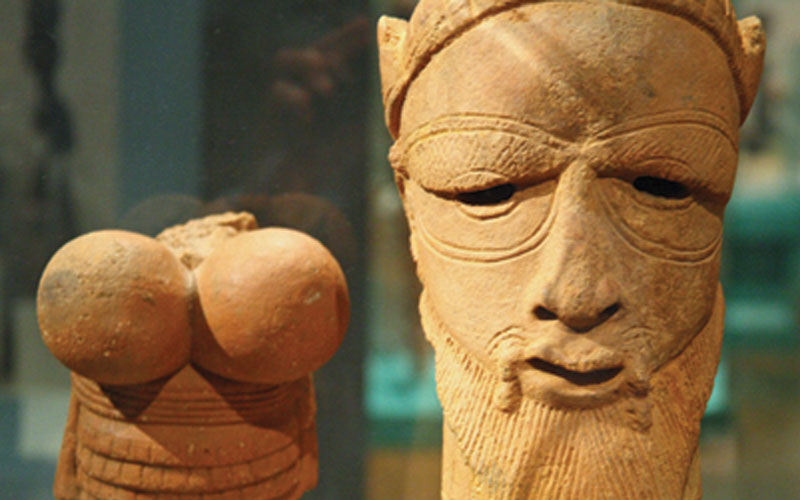 ARCHAEOLOGICAL FINDS, SUCH AS TERRACOTTA HEADS FROM 200-600BC, ARE ON DISPLAY INTERNATIONALLY AND ARE TYPICAL OF SOKOTO’S HISTORICAL WEALTH, AND MANY SITES OF INTEREST ARE CLOSE TO THE CAPITAL
SHARE

The Federal Government’s ongoing push to diversify the Nigerian economy and pull focus away from its mighty oil and gas industry continues to spark interest in what else the West African country has to offer investors. Its travel and tourism sector, for example, has performed well over the past five years in terms of tourist volumes and expenditures. In 2013, the direct contribution of travel and tourism to the nation’s GDP was N757.3 billion ($4.6 billion), or 1.6% of its total GDP. In 2014, this is expected to rise to N776.5 billion (equivalent to 2.5% of GDP) and subsequently continue expanding at 5.8% per annum to reach N1.366 trillion by 2024, as major hotel chains, airlines and travel agents look to enter untapped markets.

The national focus on tourism as a revenue and employment-generating sector is mirrored by local governments’ enthusiasm for both investors and tourists alike to come and discover the heritage, culture and beauty in each of the country’s 36 states. Visitors to Sokoto State will find an array of culturally and historically significant sites both within the capital city and its environs.

The Sultan Saddik Abubakar Airport serves as the major domestic link between northwest Nigeria and the rest of the country and the world. Arrivals land just six miles from the south of Sokoto City, where they will find numerous culturally and historically significant sites to discover and eight gateways to the ancient city.

The Sultan of Sokoto’s Palace features interesting modern architecture and is protected by palace guards in their multi-colored regalia. However its importance goes beyond cultural and artistic merit; it is also a cohesive and guiding symbol for Nigeria’s Muslim community. Built by Sultan Bello in 1817, it is only just a couple of kilometers away from Hubbare – the official residence of the Sultans of Sokoto and one of the most important historical monuments in the state, attracting hundreds of thousands of visitors annually. Also near the Sultan’s Palace is the Sultan Bello Mosque, which dates back to 1808,

The Waziri Junaidu History and Culture Bureau Museum in Sokoto has been a rich resource center for researchers, students and scholars since 1973 and contains more than half a million assorted materials and historical treasures. It has also been linking with organizations overseas such as the U.S. Library of Congress in Washington and the British Museum in London.

A major attraction, and advantage, of Sokoto State’s tourist sites is that they are mostly located within a 60-mile radius of its capital. Visitors to the city do not have to venture far to experience a variety of places of interest that make ideal day trips from the city, such as the sweeping Saharan sand dunes at Gidan Kaura, ancient fossil-rich Gilbadi Rocks in Gada, and impressive sedimentary rock formations at Goronyo, which is also home to one of the largest dams in the West African sub-region.

Tourism in Sokoto State, one of Nigeria’s most open and secure states, provides ample investment opportunities in hotel development and management, the creation of leisure and hospitality infrastructure, and the enhancement of its many sites of interest to international standards, which the local government is keen to achieve through foreign direct investment and public-private partnerships looking to maximize high-growth markets.