Article - August 17, 2011
The government is looking to increase generation, expand transmission and reinforce the distribution of electricity 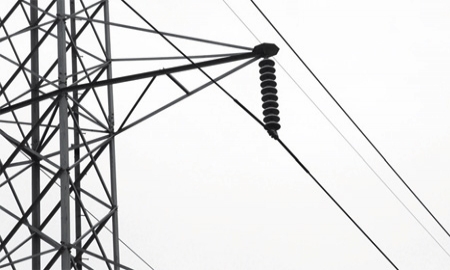 Grid connection is notoriously below par throughout Africa, according to the World Bank, and Tanzania has one of the lowest electrification levels in the world. Progress in any country cannot be achieved without a reliable electricity supply. Energy shortages, especially in rural areas, therefore pose a major impediment to Tanzania’s socio-economic development.

Currently, only 14% of Tanzanians have access to electricity, of whom 12% live in urban areas.

“We need to expand and get more people on the grid,” says Stephen Mabada, general manager of generation at TANESCO, the Tanzania Electric Supply Company, which has plans to attract at least 100,000 new customers every year. “The market is there and the resources are there; it is just a matter of exploiting them, getting the power, and distributing and transmitting it nationwide.”

Under the auspices of the Ministry of Energy and Minerals, TANESCO’s activities are broadly divided into three main areas: electricity generation, transmission and marketing.

TANESCO generates, transmits, distributes and sells electricity across mainland Tanzania. It also sells bulk power to the Zanzibar Electricity Corporation (ZECO), which in turn makes it available to the public on the islands of Unguja and Pemba.
The government’s aim is to have at least 75% of the population connected to the national power network by 2025. “Considering the size of our country – Tanzania is bigger than Rwanda, Burundi, Uganda and Kenya combined – we still have a lot of work to do here in generation, transmission and distribution,” Mr. Mabada says.

Tanzania’s rapid demographic growth and its burgeoning economy in recent years have placed additional pressure on the parastatal organization to increase generation capacity, improve infrastructure, and diversify sources of energy.

“We have many sources of generation here in Tanzania, including coal, hydro, wind, solar and waves. We cannot develop all of these resources by ourselves. Much investment is needed and we do not have the diversity of technology needed,” says Mr. Mabada. “You cannot have experts in all of these fields. So we need assistance from independent power producers [IPPs] and they are all welcome. Our country has vast potential. Whatever you want to do here is possible.”

TANESCO is no stranger to working with foreign companies; some of its plants contain machinery manufactured by General Electric, for example. “We attend various conferences and meetings around the world to discuss issues with internationally-renowned power companies,” says Mr. Mabada.

On the transmission side, Tanzania needs higher voltage lines to carry the generated power across the country. “Right now our highest transmission voltage is only 220 kilovolts (kV), which is not enough voltage to transmit the right amount of power over such large distances. So now we are looking at introducing 400 kV transmission lines, the first going from Iringa all the way up to Shinyanga,” says Mr. Mabada. This new line will carry hydropower generated in the highlands of the south to help meet energy needs in the increasingly industrial north, and forms part of the Tanzania Backbone Interconnector Project that aims to reinforce Tanzania’s energy supply and distribution.

Regional integration and energy sharing is also a vital step forward in securing electricity supply. “We also need to create interconnections with our neighbors. In the future we want to be able to buy power from or sell power to our neighbors when we have a deficit or surplus,” says Mr. Mabada.