EVMG, an outlet for visual storytelling

Article - March 7, 2013
Eagle Vision Media Group is a multimedia company that encourages and backs local talent, of which there is no shortage in Kuwait 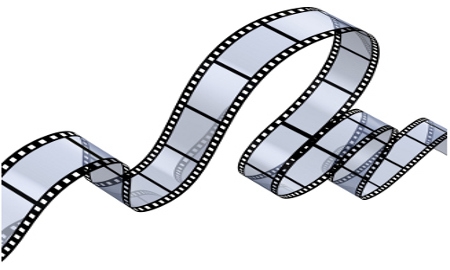 “People ask me if I’m creating a business or a hobby or a passion…no, I am creating an industry!” For many Kuwaitis, the country’s oil and massive government sector are all they need to continue living comfortably. Yet for others, this isn’t enough and it is entrepreneurs like Sheikha Al-Zain Al-Sabah who are pursuing innovation, quality and competition in the private sector.
Her endeavor Eagle Vision Media Group is – so far, at least – a one-of-a-kind venture that is opening up a whole new arena and outlet for local talent. Aside from being a fully integrated production company specialized in media projects for film and television, EVMG is a kind of incubator for visual art – or visual storytelling, as Sheikha Al-Zain calls it – borne from Kuwaiti genius. And despite its small size, Kuwait is big on talent.
“A lot of talent is based in Kuwait. So much as far as writers, directors and producers, actors and actresses are Kuwaiti. When you go to Dubai or Qatar and you see these facilities, you see like 70% of the talent and some 20% of technicians are Kuwaiti. So now we are giving them a facility to cater to their needs here in Kuwait, in Sabhan, so they don’t have to leave the country,” explains Sheikha Al-Zain, Chairman and Managing Director of EVMG.
With so much talent on hand, she says, EVMG is easily able to aim high and produce world-class products. Apart from a strong film department, EVMG also focuses on television, which is its “bread and butter”, developing original concepts.
Sheikha Al-Zain is proud of her company’s nurturing of Kuwaiti ideas and avoidance of “the Telemundo-style dramas you see in Kuwaiti and Gulf TV. We don’t do the Turkish episodes dubbed – we stay very far away from that,” she says, adding: “We usually take concepts developed by Kuwaiti kids, bring them in and magnify them in production and design, etc.”
EVMG is in the process of building a large multimedia facility that will serve as headquarters for both EVMG and ADASA (Artists Demanding a Storytelling Association), another entity spearheaded by Sheikha Al-Zain. In Arabic, adasa means lens or focus, and the association “allows for any sort of visual storyteller to come into the fund and be supported from education all the way through incubation, project development and actual production. It takes a talented individual from one to 10,” she explains.
The new multimedia campus will also provide local and regional TV networks space to rent.
“It is comprised of two large sound stages, the largest in the Middle East,” comments Sheikha Al-Zain. “We brought in an American company to do the original design and we brought technicians that work for the major networks in the region and told them, ‘All the mistakes you made in building the other networks’ stations – fix them in ours.’ We really put in a lot of resources into this.”
Sheikha Al-Zain got her start early on. When Iraq invaded Kuwait, she was just 16 years old and living in London at the time. Her parents, Sheikh and Sheikha Sabah were in Kuwait and played an important role in the Kuwaiti resistance. From London, she watched the news closely  and her curiosity got the better of her.
“I wanted to know what was happening,” she recalls. “I started becoming more aware of what media can do and how powerful it is. I decided that media was my calling. I came back home and finished high school and went to Boston University where I got my Bachelor’s in journalism and then I went to New York and worked at ABC with the late Peter Jennings.
“I was literally inside the trenches surrounded by hard news, and so often news is very depressing. After doing that for a few years you decide you either love it or hate it. I found myself hating it actually, covering so much depression everyday. So from there I started writing scripts just to keep my mind in the fantasy world. I found that I liked to write and tell stories based on true events.”
Sheikha Al-Zain was accepted to USC, one of the best film schools in the world. After graduating, she set up a production company with some USC colleagues in Los Angeles, but being in a city of filmmakers, they felt they weren’t having as much of an affect as they would have liked.
“So we moved back to Kuwait and we opened EVMG because there was a lack of production companies that dealt with quality media products in Kuwait,” she says.
Her hope is that EVMG, which is a non-profit company, will have a domino affect on different companies, sectors and industries in Kuwait, and inspire others to compete.
Sheikha Al-Zain’s interest in storytelling and film bore fruit with her co-production role in the 2009 award-winning film Amreeka, an official selection at the Sundance Film Festival, winner of the FIPRESCI Prize at Cannes Film Festival, and winner of Best Arabic Film and Best Arabic Screenplay at the Cairo Film Festival.