Plenty of hard work ahead

Article - October 17, 2011
From a miserably low starting point of widespread illiteracy and truancy, El Salvador is slowly winning the battle to equip its people for the modern world 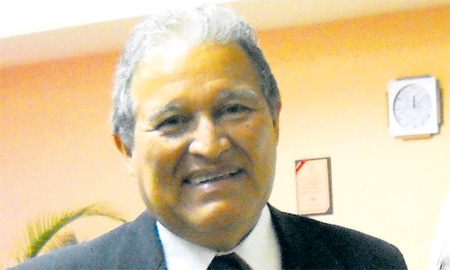 After years of strife, more than a million Salvadoran children were still not in school in the late 1980s. Poor families in the countryside in particular suffered a lack of schools and teachers. As a result, illiteracy is a huge problem in El Salvador, where presently nearly 18 per cent of the population cannot read or write.

However, when the government took office in 2009, the figure was closer to 20 per cent, according to official estimates.

According to Minister of Education Salvador Sanchez Ceren, the government’s overall aim is to reduce the illiteracy figure to four per cent by 2014, and to make education more widely available. “More than 100,000 adults have learned to read and write in El Salvador since 2010 to the present day,” said Minister Sanchez Ceren.

The government has made reforms to the educational system with programs such as the Scholar Package, through which pupils  receive food and clothing as an incentive to attend school.

The government has said it is committed to investing 5.5 per cent of the GDP in education; $145 million is earmarked for infrastructure, food and scholarisation packages, and programs to improve the quality of teaching.

El Salvador has already initiated major reforms of the secondary education system, which are designed to both increase access and improve the quality of education offered , while ensuring its relevance to a changing, technologically driven global economy.

However, a large number of children still are unable to attend secondary school because they need to work in order to support their families: according to the United Nations, more than 35 percent of Salvadoran children have to work, usually on sugar and coffee plantations, in domestic services or as street vendors.

The education situation following secondary school has its problems too. According to El Salvador's government statistics, only 5 per cent of the population has a university-level degree. In El Salvador, a person who does not have a professional career cannot expect a good salary; many of those with degrees are hired for manual jobs that pay a minimal salary. Those who have no secondary education usually end up working for less than the minimum wage.

The government is also aware that in order for education to lead to a future filled with opportunities, it is not enough to merely attend school, it is essential that the education received be of quality – delivered by well-trained, motivated teachers and professors. The government is very focused on improving teacher quality and getting teachers and students more engaged with one another.

“We have implemented a program called ‘Dignity’, to help with the ongoing training of teachers. We are forming a school of higher learning where teachers can aspire to doctoral degrees; we want to improve the quality of education through the increased knowledge of our teachers,” Minister Ceren explains.

School facilities are another cause for concern: books and materials, when present, are often of poor quality and dated. Private schools tend to be better equipped, but most are located in urban areas. Access to laboratories, computers and libraries follow the same pattern – the likelihood of access increases with proximity to a city and for those attending private schools.

However, progress is being made. Truancy and drop-out rates have decreased since 2005, and the majority of today’s Salvadorans have a far greater understanding of the value of eduaction than their predecessors.