Government initiatives, such as the Benazir Income Support Program, combined with the Corporate Social Responsibility projects of Pakistan’s private sector are ensuring aid is being given to the most vulnerable and creating hope for a better future 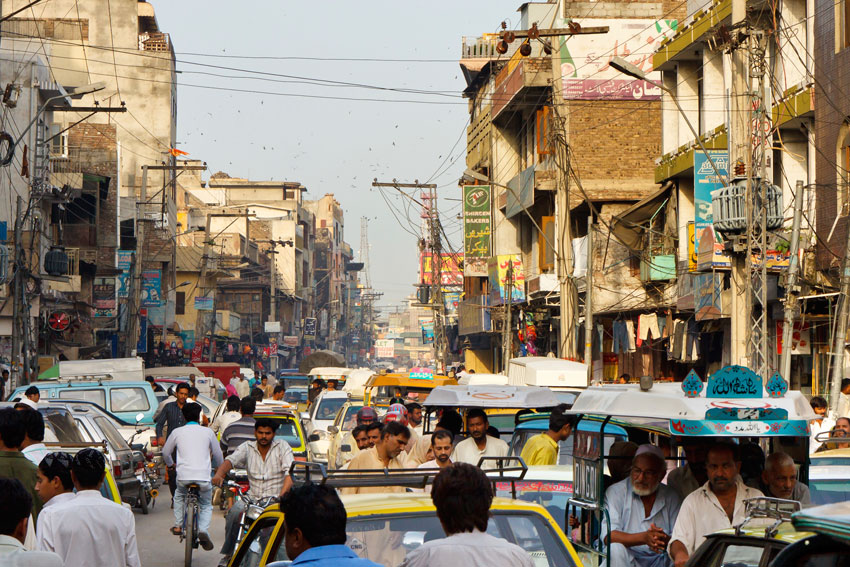 When world leaders gathered at the United Nations in September to make a commitment toward eradicating extreme poverty by 2030, it was an opportunity for Pakistan’s leaders to really measure the progress the country has made toward improving conditions for its poor.

In recent years the government has increased its outreach to impoverished families by expanding the Benazir Income Support Program (BISP), the largest safety net program in the country’s history and one of the largest in South Asia.  The short-term objective of the program was to cushion the adverse impact of the food, fuel, and financial crisis on the poor, but its broader objective was to provide a minimum income support package to those most in need and to those who are highly vulnerable to economic shocks ranging from illness and unemployment to natural disasters. With funding help from the World Bank, BISP currently provides direct cash transfers to nearly five million families, up from 1.7 million families since the program was launched in 2008.

The size of monthly benefits has also increased by 25% over the last two years. Annual spending for the program reached more than $928 million last year. And new technology updates such as bank debit cards and free cell phones in some communities have helped to improve transparency and the delivery of funds to beneficiaries.

For instance, more than 100,000 women are now reaping the benefit of a new cell phone and for the first time learning to engage in modern day technology.

To get their handsets, BISP clients must bring their national identity cards and have their thumbprints checked against the National Socio Economic Registry (NSER), the infrastructure key to the success of the program. The NSER hosts a database of more than 27 million households, the first in South Asia and determines beneficiary qualification based on an objective targeting system.

In another government initiative, poor families are also getting a break from the rising cost of energy. In Pakistan where the electricity supply far outweighs demand, the lowest consumers of electricity, those using 50 kilowatt hours a month and below are exempt from electricity price increases which this year was more than 30%.

While the lion’s share of social assistance is still managed by the government, the private sector, particularly the banking industry, has stepped up its efforts to support the community through its Corporate Social Responsibility programs.

When a 7.7 magnitude earthquake struck the province of Balochistan, killing nearly 400 people and injuring hundreds in September 2013, United Bank Limited (UBL) one of the oldest and largest private banks in Pakistan announced it would assist in building a village to help relocate victims of the quake. UBL for the last several years has been very active in its support of education and health care. The Forman Christian College, the Karachi School of Business and Leadership, and the Institute of Business Administration are among the schools it has assisted with donations for scholarships and infrastructure improvement.

“We aim to provide accessible education, affordable and high quality healthcare and improvements in infrastructure and community wellbeing through a detailed and all-encompassing CSR program,” said Wajahat Husain, President and CEO of UBL. “We intend to take our vision forward to become a recognized player in a viable Pakistan, by entrenching ourselves as a leading corporate citizen and, in doing so, reaching out and elevating the standards of living and fulfilling dreams.”

Habib Bank Limited (HBL) views itself as a partner in community building and its CSR efforts have included promoting youth sports as well as assisting with education and health initiatives.

“Through our sports division, which has given the nation hockey and cricket heroes, we added new high impact programs to engage our youth who possess talent and need our backing,” said Sultan Ali Allana, Chairman of HBL. “One such initiative was our celebration for Pakistan’s Street Children Football Team, who made us all proud by making it to the Street Children’s World Cup in Brazil and winning a bronze medal in 2014.”

The Al Baraka Bank in Pakistan adheres to Islamic principles of banking so it doesn’t offer interest; instead depositors share in the risk and wealth that the bank creates. Social responsibility is baked into all aspects of the business and plays a role in the decision-making, strategy, and operations. The firm and all its branches embrace the community development as part of its mission.