Article - January 2, 2013
Patrick Ibrahim Yakowa, Governor of Nigeria´s Kaduna State, was interviewed by United World -our international press agency operating in exclusive partnership with USA Today- shortly before an accident that ended his life. Yakowa - passionate, enduring, committed and with an unmistakeable smile- worked until the end to develop a stronger and better international image for Kaduna state, also known as the ‘Centre of Learning.’ 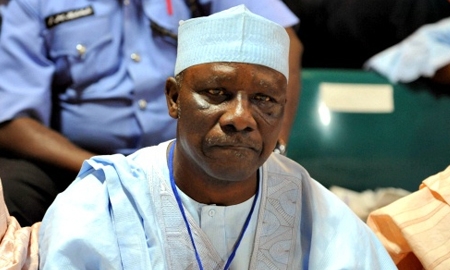 We got the call just after midnight breaking the news that we could - after three days of dogged pursuit - interview the Governor the next morning.

Sitting across from Governor Patrick Ibrahim Yakowa at 7am on a Monday morning recently, what struck my colleagues, Tatiana Valle, Regional Director Mercedes Pagalday and I as journalists and communications’ specialists working in Nigeria, was His Excellency’s commitment to promoting Kaduna. It was our earliest meeting since starting work on a special nation branding report on Nigeria for United World, an international press agency operating in exclusive partnership with USA Today - yet we soon discovered Gov. Yakowa had already been awake for two hours before the interview.

Gov. Yakowa was Kaduna through and through. His dedication to his State that day was etched across his face: passionate, enduring, committed and smiling his unmistakeable smile, he loved Kaduna. Indeed, he yearned for the northern Nigerian state – otherwise known as the ‘Centre of Learning’ - to develop a stronger, better image internationally: less about bombs and Boko Haram, and more about what it could be: an investor’s haven where much-needed foreign partners revive industries such as textiles, automotive, solid mineral and mining.

The first Christian Governor of Kaduna State and the first man from Southern Kaduna to be voted into the hot seat, His Excellency cared deeply about his people. Indeed, it was that noun that peppered his interview and stuck with us so vividly: “If you come in and invest in agriculture, you will be creating jobs for hundreds and thousands of people”; “I also want to see…more employment opportunities for the young people and the wonderful women of Kaduna State.” He cared.

And that is what Nigeria needs: men and women who care deeply about building a brighter future for this great nation. Gov. Yakowa was one of those men.

When the news reached us that His Excellency had died so tragically in a helicopter crash on Saturday, our first thoughts were: how tragic. We had sat with him just one week earlier on a balmy Kaduna day, in his Governor’s House, where we chatted amiably after Vice President Mohammed Namadi Sambo’s daughters’ wedding. He personally invited us there, showered us in warm hospitality and took care of us throughout our stay. He was a kind man. He didn’t have to do that: our interview had finished prior to that meeting, but he was keen to cultivate a relationship with United World, operating in Nigeria, working to promote a more positive image of the country.

Of course, five other people died on that fateful Saturday afternoon and our thoughts go out to their families, too. The helicopter that burst into flames in Okoroba, Nembe Local Government Area of Bayelsa State, signaled a black day for many Nigerians.
But Gov. Yakowa was doing his utmost to shine a light into peoples’ lives.

His objectives after being voted in upon former state Governor Mr Sambo’s elevation to Vice President, were Peace, Unity and Development. The Governor achieved much during his spell: building a modern, 300-bed hospital in Kamazo village; easing congestion – and therefore making peoples’ lives better - throughout the state after the N1.6billion 4th bridge linked by the N4.4billion new road north of River Kaduna.

The people of Kaduna should know they will be in good hands as Alhaji. Mukhtar Ramallan Yero is sworn in.

Gov. Yakowa’s final words to us that day reverberated around our minds long after that interview ended: “I want to see the people [of Kaduna] more united, and putting aside religious differences.” There was that word again: people.

One of the amazing things about working for United World is that we come into contact with senior and powerful people trying to create a better Nigeria. Gov. Yakowa was one of those people - and may his legacy live long in our collective memories.