Safe traffic in the ports 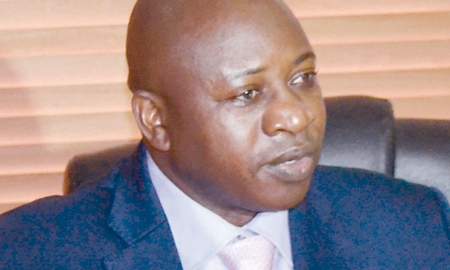 The total number of ocean going vessels completed and the total gross tonnage of these vessels both increased from 2010 to 2011, by 7.35 per cent and 13.08 per cent, respectively, according to data from the Nigerian Ports Authority (NPA). Over the same period, the number of coastal vessels that called at Nigerian ports rose by 10.69 per cent, while their gross tonnage surged by an impressive 24.2 per cent. All in all, 2011 was a good year for traffic at Nigerian ports; however, the statistics are also making the need for the ports’ upgrades and extensions more evident than ever.

The NPA’s former Managing Director, Omar Suleiman, said that the NPA is committed to enlarging the ports’ installations, as they are key to Nigeria’s economic growth. “As you know, in terms of shipping or the maritime industry, whoever controls the sea controls the economy of that particular area. So, one of the most important key economic drivers for any country is the sea, which translates into ports. Over 90 per cent of the cargo is carried by sea. It goes without saying that once you have a good maritime industry, which is what NPA is trying to achieve now, you will be able to employ a great deal of people, increase commerce and business. And in fact, contribute to a high national GDP,” he explained.

Consequently, the NPA would like to transform Nigeria into a regional shipping hub. “One of the key targets is to make Nigeria the maritime hub of Western and Central Africa. The analysis is simple; our neighboring countries are the Guinean Republic, Togo, Ghana, Cameroon and Senegal. If you add the total population of these countries, it does not add up to half of Nigeria’s population. So, there is great potential,” said Mr Suleiman.

First, however, he urged that Nigeria needs the scale and the kind of facilties and state-of-the-art infrastructure that will attract the shipping world. “We need ports that can accommodate vessels up to 15 meters; carrying over 10,000 TEUs (Twenty-Foot Equivalent Units); we need to develop and deepen our ports in order to gain the economy of scale that is required. This would attract ships to sail directly from China or America to our port, as opposed to today,” said the former Managing Director.

This is not to say that the NPA has been idle over the years. Indeed, they have dredged channels up to 13 metres, thereby raising the cargoes vessels could carry into the ports from 1,000 TEUs to 4,500 TEUs.

Mr Suleiman said that work isn’t limited to just the ports, either. The NPA is “also working with the current government on the railway works. By the time NPA gets the railway works from the ports, it’ll be easier for the vessel owners with cargo from the Niger Republic or Chad, which are inland countries, to leave it in Nigeria, instead of leaving 90 per cent in Nigeria and going to another port to drop off the balance,” he explained.

The NPA is currently looking at four ports, two of which are already under development: Lekki Port and Akwa Ibom. Mr Suleiman said that work on a third port, Badagry Port, is about to commence. “The first vessels to come to Nigeria during the slave trade were anchored in Badagry, and this was not by mistake. The reason was that along this channel, Badagry has one of the deepest points, and its current is also friendly.

The fourth port, at Olokola, is designated to be used mainly for oil and gas.

Mr Suleiman is confident that Nigeria will soon enough become the country that will capture the majority of traffic headed to Africa, and become a distributor. “Over 60 per cent of the cargo will be consumed by Nigerians. We will distribute the remaining 40 per cent, which is easier than berthing in Angola and distributing 60 per cent to Nigeria. It entails double handling, double shipping which increases the shipping costs of the cargo,” he claimed, adding that what had hindered this transformation before was not just poor infrastructure, but security as well, which has driven up costs such as vessel insurance, for example.

“Security is a challenge but we partner with our sister NIMASA (Nigeria Maritime Administration and Safety Agency) as well as the Navy, and many things have been done in this regard. In the recent past the piracy issue has seriously gone down. Earlier we would report 5 or 6 piracy incidents in our security meetings; but recently they are only 1 or 2; and an entire month can go by without an incident,” Mr Suleiman concluded.