Daud Vicary Abdullah is a British converted Muslim who since 2011 has been President and CEO of INCEIF, the International Centre for Islamic Finance. Also known as the Global University for Islamic Finance, INCEIF was founded in 2006 by Bank Negara Malaysia, the Central Bank, to attend to the need for human capital development in this field. Since then, its leaders have worked to establish the institution as an elite education center 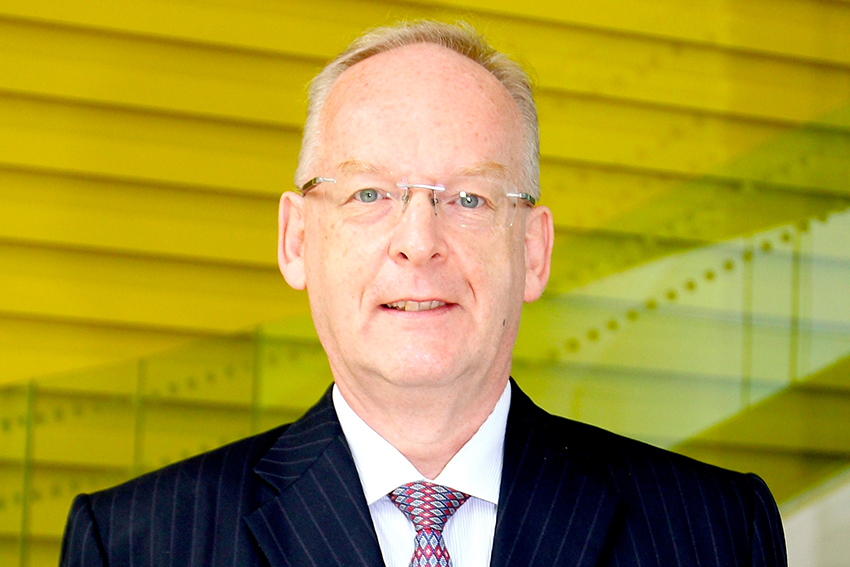 AN INTERVIEW WITH DAUD VICARY ABDULLAH, CEO OF THE GLOBAL UNIVERSITY FOR ISLAMIC FINANCE
SHARE

Education is one of the main challenges, not only in Malaysia but in the world. Can you explain what you are doing at INCEIF and why it is so important?
Malaysia has grown and developed its Islamic finance sector and it has grown quite steadily internally. And there was a reasonable array of self-taught experts. First, there was the creation of Bank Islam and then we started a second bank and opened Islamic windows, and thirdly, we thought about moving away from Islamic windows and having separate banks or subsidiaries. At that point, from about 2003 to 2005, it started becoming obvious that Islamic banking was really taking off and along with it came a huge shortage of skilled and capable resources to lead this kind of expansion. In 2005 I was the first managing director of a new Islamic bank.

There were some “major stars” in the market and companies paid large transfer fees to get them. The central bank paid attention to this problem and did many things. For example, they implemented a scheme by which if you wanted to do this high transfer fee thing, you had to pay a penalty: you had to pay six months’ salary into a fund, which was controlled by the Central Bank. And that fund started funding projects. A part of this was used to set up INCEIF.

There was no specific Islamic finance higher education programs before. The first one, the Chartered Islamic Finance Professional, was launched in 2007. Between 2005 and 2011 - when I was appointed here, not as an academic but as an industry expert - the university grew and developed, forming a number of strategic relationships with other universities around the world to provide Islamic finance education while extending its own repertoire: it started taking on Ph.D research students and it also developed a more academic Master’s program.

We currently have close to 2,000 students from 85 countries; 1,200 of those students are online, they do not come to campus. So we have built a global network. We have a reasonable number of UK students. Our number of students has grown a lot and so has our credibility. We have forged partnerships with important finance institutions. Two years ago, we were considered an official partner of the World Bank, which partners only with two other universities in the world: Oxford and Harvard. We are being assessed now by international business school standards by the AACSB (The Association to Advance Collegiate Schools of Business), in order to become globally accredited. A lot of this has been reached through the vision of Governor Zeti (Tan Sri Dato’ Sri Dr. Zeti Akhtar Aziz, Governor of Bank Negara Malaysia), and many others, but she has been very much the driving force. She has been the most significant figure in Islamic finance.

Why would you say she is such a crucial and respected figure?
Well, I think she is a remarkably good strategist who can actually execute. She has understood the value of Islamic finance.

In my opinion, the most important things in Islamic finance are education, perception and liquidity. Education is vital at every level, and with education you change perceptions. Liquidity is a common issue everywhere nowadays.

Do you think the trend of speculation in the financial economy will continue?
It would be nice to get back to reality in terms of the economy and the concept of risk sharing. With the financial crisis, people lost what they had invested and share values went down, some banks went belly-up and therefore the government had to raise taxes to cover the losses. Individuals were hit three ways, because somebody else has not been held accountable for what they have done. They bet the balance sheet of the bank and it all went wrong, and they did not have any liquidity. To me, this is what happened to Lehman Brothers and others. I am not saying this could not happen in Islamic finance, because everybody is human and greed is human nature - most of what happened was just based on greed. But we need to go back to a level of ethics and then apply those ethics. They are beneficial to all of humanity.

This is the challenge. I think we have more of a challenge after the crisis and the more we get this across, the more we can be sure there is actually an opportunity to get people to change their mind. We have to get back to a level of reality and not only about finances, but also about ecological matters, climate change and other issues. 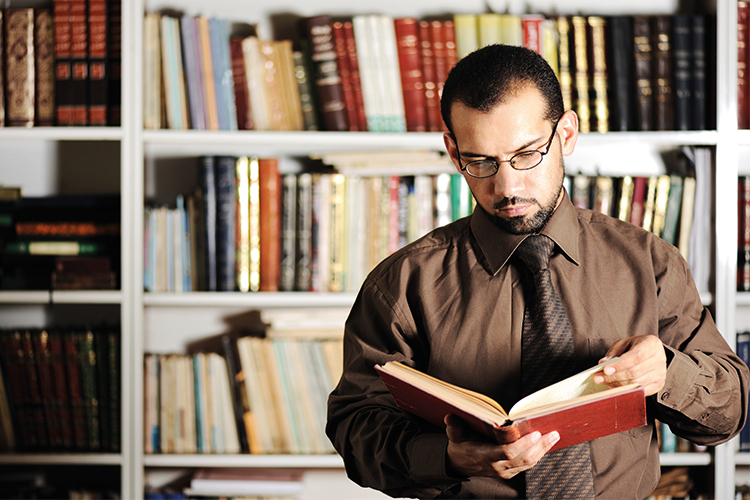 “It would be nice to get back to reality in terms of the economy and the concept of risk sharing.” 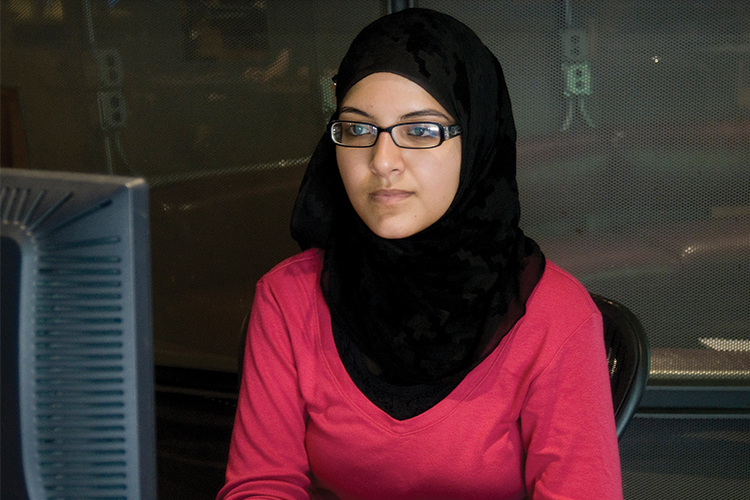 “we need to go back to a level of ethics and then apply those ethics. They are beneficial to all of humanity.” 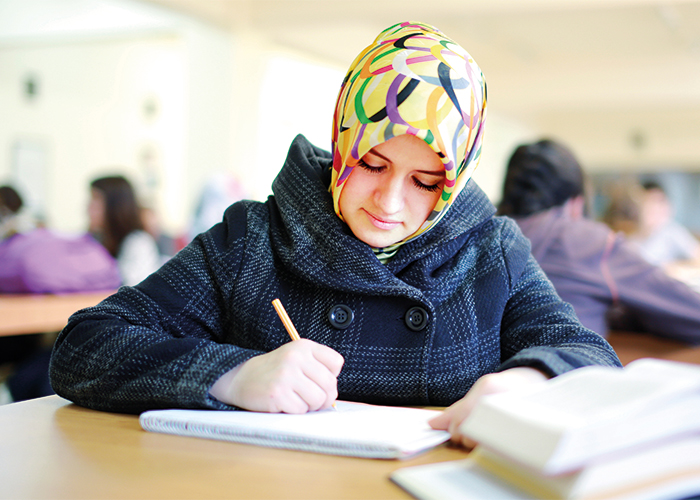 “the most important things in Islamic finance are education, perception and liquidity. Education is vital at every level, and with education you change perceptions.”

How can Islamic finance compete with traditional, conventional finance?
Islamic finance has been growing to where it is today largely because it has used conventional tactics or conventional instruments. Now, there is a big opportunity to use new risk-sharing instruments. All the regulations in the world, in banking and finance, are based on debt. However, if you go into a risk-sharing environment, you do not need Basel III because you are actually trying to educate all parties by saying “Do you understand the risk you are going to put your money at here?” We have to explain this clearly - education changes perception. The man in the street is starting to ask questions: “What is going on here? Can we trust the bankers? Can we trust the regulators?”

We are working to start changing perceptions at an early age. We have students working on programs in primary schools about risk sharing. The idea is that people get education early, through play and interaction, and see this not as a religious threat but as a set of options about which they can make realistic choices. And they understand the concepts.

A lot of lawyers are starting to get on board with your INCEIF programs. Can you tell us a little more about this?
The legal profession is really engaged with Islamic finance and any form of finance, because they are in charge of the contracts and deals. British lawyers, as they work in international law firms, have always had the expertise on Islamic finance and they are very good at it. Now, we are partnering with the Chartered Institute of Arbitrators in London to develop a course which educates their members, who are legal professionals who focus on arbitration, and on what happens in the world of Islamic finance.

I think the future of Islamic finance will not rest heavily on it, but an important building block will be professional accreditation.


What would be your advice, or your selling point, regarding the competitive advantage of a sukuk to an English corporation who perhaps does not understand it?
A sukuk looks and feels like a bond, but it is not a bond, because it does not give you interest. It is an attractive vehicle. The market is growing so you can raise funds cheaply, for example, here in Malaysia.

A few of our readers may be thinking “Should I contact INCEIF? Should I look at doing something to get qualifications in Islamic finance?” What would be your rationale for somebody in the UK, for example, to join this university?
Islamic finance is a growing industry. It is growing faster than the overall finance industry. So, becoming an expert is not a necessity, but having some awareness of it will differentiate you from the rest, because a part of your business is going to touch Islamic finance at some point. Of course you do not need to be a Muslim to study with us. •