“The Energy Reform is also a green reform”

Article - September 15, 2014
The Energy Reform puts Mexico on a path towards energy sustainability, thanks to a focus on developing renewable sources and environmental protection 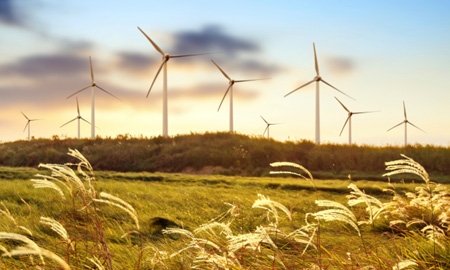 When Congress approved the Energy Reform, one of its main goals was to promote a sustainable, environmentally friendly and productive sector.

This Reform created the National Agency for Industrial Security and Environmental Protection of the Hydrocarbons Sector, which will regulate safety and oversee environmental protection, using global standards and best international practices.

In addition to this new agency, the government will take environmental protection a step further by promoting the production and use of clean energy sources.

“The Energy Reform is also a green reform because it promotes the use of cleaner fuels such as gas, which pollutes 70% less than oil. It will also allow the production of energy based on renewable sources like solar, wind power, and geothermal energy,” said President Enrique Peña Nieto at the enactment ceremony of the secondary laws of the Energy Reform on August 11th.

According to Mexico’s Ministry of Energy, the Reform establishes five priorities regarding renewable energy: to eliminate the barriers to clean energy development through the creation of a regulated energy market; to grant renewable energy producers better access to consumers; to promote networks for the distribution of clean energy; to establish sources of financing for new projects; and to create mechanisms to evaluate the social impact of energy use.

The power of renewables

The Ministry of Energy estimates the country’s clean energy generation potential at 57 Gigawatts (GW) annually. Thanks to the Reform, private companies now have the opportunity to help Mexico harness its potential. Moreover, the secondary laws establish a transparent process to define the conditions and ownership rights required to participate in renewable energy projects.

In order to reach this potential, the Reform establishes funding programs such as Clean Energy Certificates to attract new investments and spur activity in the sector. The government will also work to establish a clean energy distribution network, and promote the use of cutting-edge green technology such as so-called smart grids that cut down on waste and reduce costs.

Earlier this year, the government helped to further stimulate innovation by allocating $126 million for the launch of three renewable energy centers for the advanced research and development of wind, thermal and solar energy projects.

Mexico currently ranks third worldwide in geothermal energy production and is home to the planet’s largest geothermal power stations; however its potential – an estimated 10 GW annually – exceeds, by a factor of 12, the current installed capacity.

Among renewable energy sources, wind power has attracted the largest amount of foreign investment to date. With an estimated wind power potential of up to 40 GW each year, Mexico aims to increase its installed capacity by 2 GW annually up to 2024.
According to the government’s trade and investment agency, ProMéxico, the regions that hold most of Mexico’s wind resources can be found on the Isthmus of Tehuantepec, the Gulf of Mexico’s coastline, and the Yucatan Peninsula, as well as in the northern and central parts of the country. The state of Oaxaca, for example, possesses one of the world’s best climates for wind energy generation.

Harnessing Mexico’s wind power potential will allow the government to increase the electrical system’s reserve capacity to more than 10% by 2020, enhancing energy self-sufficiency and security.

Mexico’s unique climate and geographical attributes favor the use of these clean power sources. ProMéxico estimates that given the solar energy that Mexico receives, the country could generate about 5 Kilowatt-hours (kWh) of power per square meter of territory, on an average day. This makes Mexico one of the countries with highest solar power potential in the world – nearly twice that of Germany, for example – while it also ranks third globally in terms of its potential for wind energy generation.

Working together, the public and private sectors can transform Mexico’s power industry, meet the government’s targets to reduce greenhouse gas emissions by 30% by 2020, and generate 35% of its energy from clean sources by 2024. Consequently, the Energy Reform will not just boost clean energy production, it will also encourage all actors in the sector to make a stronger commitment to protecting the environment.