Article - October 24, 2013
Both public and private entities are streamlining ways for foreign firms to set up businesses and get involved in Kuwaiti partnerships 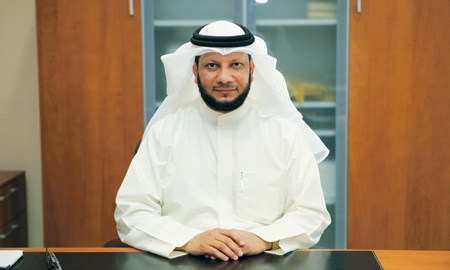 Earlier this year, the Kuwaiti parliament approved a new law regarding the promotion of foreign direct investment (FDI) that will make it easier for foreign investors to set up companies in the emirate by reducing cumbersome red tape and bureaucracy.

Changes include more e-processes to cut voluminous paperwork and the launch of a dedicated one-stop shop for investors. “We need to modernise our infrastructure, diversify our economy and expand the private sector,” comments Minister of Commerce and Industry Anas Khaled Al-Saleh. “There will be notable changes occurring in improving the business environment in Kuwait through serious efforts carried out various government entities.”
The executive regulations of the new companies law has already been approved. It has sparked the evolution of the former Kuwait Foreign Investment Bureau (KFIB) into the Kuwait Direct Investment Promotion Authority (KDIPA).

Tasked with creating an attractive environment for FDI, the KDIPA grants investors incentives such as tax holidays, customs duty exemption, preferred land allocation, among other benefits, and provides guarantees against expropriation, transfer of capital and profits. It is led by Director General Dr Meshaal Al-Jaber Al-Ahmad Al-Sabah, who points out that the country is not necessarily seeking investments of a solely finance nature: “Kuwait does not need capital per se through FDI, but rather know-how, technology and innovation, as well as help with the ongoing Government efforts to create job opportunities and training for Kuwaitis, and adding value to the domestic economy.”
Such targets are at the heart of Kuwait’s offset program. Overseen by the state-owned National Offset Company (NOC), foreign firms that win government contracts above certain thresholds must invest 35 per cent of a contract’s value, directly or indirectly, in approved offset business ventures that will contribute to achieving those goals and add value to the economy. NOC is on hand to help foreign contractors by reviewing and approving their offset proposals and ensuring their offset obligations are fulfilled.
“NOC has developed a five-year strategy intended to achieve the program’s objectives,” says Barrak Al-Sheetan, Chairman of NOC. “We implemented this strategy in 2012 and are already reaping benefits through the successful initiation of a number of partnership projects between offset obligors and investors from Kuwait private sector.”
NOC’s current priority areas include offset projects in the education, health, power and defence sectors. It also highlights opportunities in pharmaceuticals manufacturing, ICT, media, environmental protection and financial services.
“As a result of direct cooperation between foreign offset obligors and Kuwaiti entrepreneurs from the private sector, which NOC encourages and nurtures, the benefits will not only be for the Kuwaiti private sector, but also for the foreign offset obligors, who as a result of their long-term partnerships with the private sector they would gain knowledge and access to the Kuwait market, as well as the GCC,” says Mr Al-Sheetan.
To effectively maximise the wide variety of business opportunities Kuwait presents to foreign companies, it is essential to have a basic grasp of the Kuwaiti business community and legal system. Abdullah Kh. Al- Ayoub & Associates offers expertise in all major areas of commercial law, corporate law and international business transactions.

An association of lawyers from various international backgrounds specialising in Middle Eastern laws and led by Managing Partner Abdullah Kh. Al-Ayoub, it is ideally placed to understand the needs of foreign companies and individuals as they do business in the Middle East.

One of the largest law firms in Kuwait, it is one of the few with an established reputation in the international field and features membership of various prestigious global organisations, including Lex Mundi. Its success is also evident from its top-ranking client list and the firm is a prime example of the private sector working alongside the Government in easing the way for international investors to enter Kuwait.