The discovery of oil and gas in Ghana’s territorial waters has brought a flurry of activity that is now starting to reverberate throughout its economy. 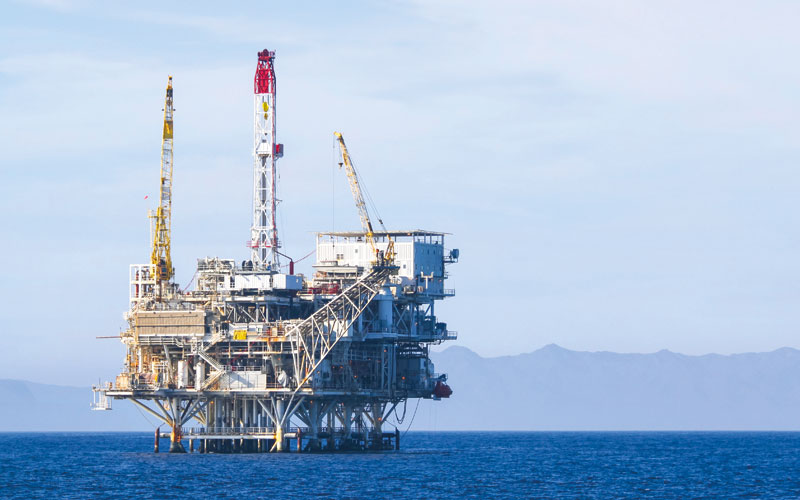 As the sector continues to pick up momentum, businesses build up the kind of critical mass that creates synergies and contributes added value to the wider economy.

Ghana’s oil sector alone expects to see $20 billion in investments over the next five years, as output increases and oil production and oil service providers proliferate. This sum by itself represents a significant surge in activity in a country that generates about $45 billion annually in total economic activity.

“We have no problems getting investment because we have one of the best basins in the world,” says Alexander Kofi Mensah Mould, CEO of Ghana National Petroleum Corporation (GNPC). “We have one of the most recent and largest discoveries in the world…The idea for us is to attract investment to do the exploration work. The rate of return is quite attractive, especially if you get a sizable field like Jubilee.”

GNPC was established in 1983 as a state-owned entity to undertake the exploration, development, production and disposal of petroleum in Ghana. To further its mission of developing a thriving domestic oil industry, GNPC is currently seeking $1 billion in efficient capitalization to fund its plan to become an independent operator in seven years and will also seek to build an oil-trading desk with its partner Unipec.

Ghana’s first productive field, Jubilee, operated by the UK company Tullow is expected to continue to make up a sizable share of the country’s output, but numerous deposits are being explored that are expected to diversify production and add significantly to the country’s overall production.
“We have three fields we are working on right now; we are extending Jubilee, we have the TEN project which is going to be completed in 2016, and the Sankofa project, which should be completed by the end of 2016,” Mr Mould continues. “We have major discoveries from Hess, and we have a lot of work going on in the fields.”

Ghana has opened its doors to the capital, technology and expertise of large international oil companies, but it has also worked to ensure that local companies are also able to reap the benefits of the country’s endowment of natural resources. “The Local Content Law says: bring Ghanaian companies up to speed, teach them the way to do it, and let them work with you,” says Mr Mould. “We are looking for long term investment… We should sit down at the negotiation table to work out a win-win agreement. It is important that the British bring their business to Ghana so they understand what the Local Content Law is about, and to identify partners who add value to their business.”

As Ghana’s oil sector continues to mature, the country is eyeing another sea change in its energy industry: the production of domestic natural gas for power generation. Ghana National Gas Company is expected to start delivering natural gas from the Jubilee fields by the end of the year. While most of the initial output will go to newly upgraded power plants, it will also provide 70 per cent of the country’s liquefied petroleum gas and officials hope that it will lead to the development of a lucrative petrochemicals industry, with the production of fertilisers that will boost agriculture.

“Gas will introduce in the economy a new set of industrial sectors that will be beneficial for the economy,” explains George Sipa-Adjah Yankey, Chief Executive Officer, Ghana National Gas Company. “We will produce and supply a constant supply of gas to support industries currently facing shortages. Industries will also benefit immensely from increased gas supply.”

The emergence of a domestic natural gas industry has been spearheaded by domestic downstream operators. “Bulk Oil Storage and Transportation (BOST) has the licence to operate the national gas transmission utility in the country,” explains BOST Managing Director, Kingsley Kwame Awuah-Darko. “That is huge because everybody knows Ghana is not going to make it on the back of oil, but gas. The infrastructure we need to roll out on the back of that natural gas transmission utility is core to our development as a country.”

“Nobody should underestimate this,” Mr Awuah-Darko continues. “It will remove a massive bottleneck for our country’s development. That bottleneck is in power, primarily, but also resource relief, because we have been increasing our power production with crude oil imports (of about $3-4 million a day). When you have gas coming out of the Jubilee fields, the next five-year supply is at no cost for the government. You basically take $3 million a day out of your cash flow. That is a huge relief on your fiscal pressure. That becomes a massive bottleneck we will unblock just by coming on-stream.”