Part of Prime Minister Shinzo Abe’s agenda is regional rivatalization through tourism development. In this interview, The Worldfolio speaks to Satoshi Seino, Chairman of Tohoku Tourism Promotion Organization, about the unique beauty and culture of Tohoku, one of Japan’s least explored regions. 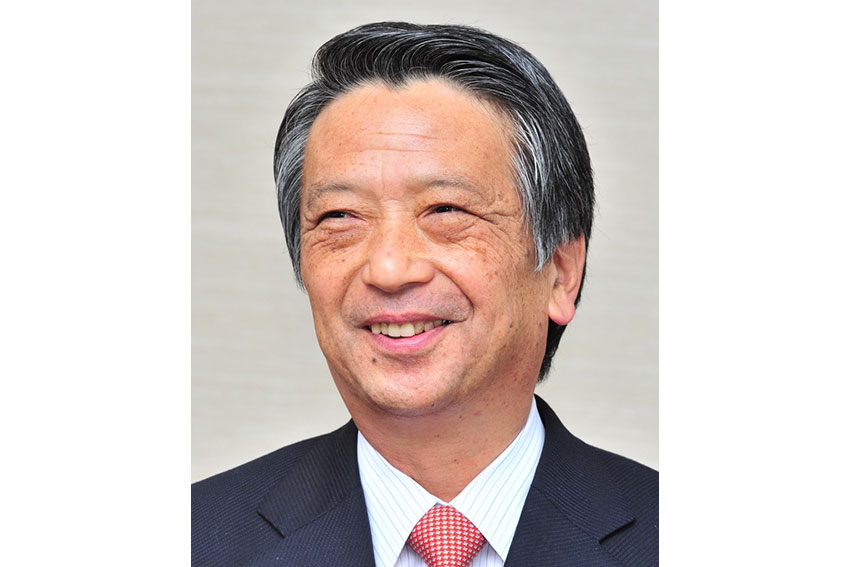 In 2016, Japan surpassed its target of 20 million tourist arrivals four years ahead of schedule. By the 2020 Olympic Games, the country now hopes to receive 40 million visitors yearly. What is your take on the tourism sector growth and where do you think its success lies? What is your forecast for the upcoming years?

The  tourism industry in Japan has been thriving thanks to  the government’s prioritization of tourism sector growth, for which  the government and private companies have strengthened  ties and cooperate to carry out  policies to boost tourism.

Through this process, it is considered a key growth industry for revitalizing regional economies.

“Omotenashi, or Japanese-style hospitality, has been highly popular with overseas tourists, encouraging them to visit again.

Tourists expect a stress-free experience in travel. We need to continue focusing on providing safe and peaceful travel to achieve tourism goals.

Japan faces the challenge of an aging population and a shortage in workforce which has directly affected the regional economies of the country. Under Abenomics, Mr Abe decided to use “tourism as a tool to revitalize the regional economies through touristic influx.” What are the challenges and opportunities that must be addressed in order to bring more tourists to the regions?  How is your organization contributing to regional revitalization through tourism?

Tohoku has six prefectures, and these presently only account for 1% of Japan’s inbound tourists. There are many reasons for this, the most prominent being insufficient advertising. More effort is needed to promote these six prefectures as one package to overseas visitors rather than each prefecture competing with each other. When one prefecture’s representative goes overseas, they only promote themselves over others. They could instead promote the region as a whole, perhaps by pointing out where the best attractions are in a particular season, regardless of prefecture. This is important for the success for all six prefectures.

Our organization is based on an “All-Tohoku” system, making efforts to promote the Tohoku region, in the northern part of Honshu Island, to overseas tourists. When we promote this region, we focus on specific themes for sightseeing, such as climate, culture or history.

Our region-wide tour route explores the history and rich culinary culture of the Tohoku region. Based on that idea, we promote this region as “a winter wonderland” to link various spots and activities for sightseeing in the winter months. As a result of those efforts, we have had an increase in overseas tourists who travel to Japan from Taiwan and southeast Asia to enjoy some of the most fantastic snow scenery in the world.

By being the hosts of the 2019 Rugby World Cup and the 2020 Olympics, a gigantic influx  of tourists is expected to visit Japan’s sights. How is TOHOKU TOURISM preparing to take maximum advantage of this opportunity? How are you adapting your infrastructure to make it more foreign-friendly?

The 2020 Olympic and Paralympic Games and the 2019 Rugby World Cup will definitely increase interest in Japan, but at the same time it also causes concern of lack of accommodation in and around Tokyo. On the other hand, Tohoku already has more than enough accommodation but due to a lack of PR, we do not receive many tourists. Moving towards 2020, we are taking steps to inform potential visitors of the attractions Tohoku has to offer in the hope that we will enjoy a greater share of inbound tourists. Tohoku has a variety of accommodations to suit the needs and budgets of a wide range of visitors, from luxurious hotels to the YMCA. I am confident that with efforts to promote Tokyo, as well as Tohoku, we can achieve this target.
Most commuters in Tokyo complain about their over-packed commuter trains; however, there are also many who commute from their homes away from Tokyo using high-speed Shinkansen trains.

Visitors could also stay in the Tohoku region, which is commuting distance from Tokyo. That is, they could take day trips into Tokyo to enjoy the games, and on other days take the Shinkansen to enjoy the natural scenery and culture far the north.

Overseas tourists can take advantage of the “JR-East Pass” at very reasonable prices.

The language barrier is a considerable obstacle, as enough leaflets and guides are updated to meet new demand. However, efforts are being made to tackle this problem and work is ongoing to train more tourist-friendly guides. Trains have also started to make emergency announcements in English. Further efforts are being made; for example, a ‘Discover Tohoku Japan’ app for smartphones has been launched and is currently being developed to make it more than attractive and user-friendly. The app will provide the user with route-finders, enabling one to find hotels and other locations by name or address. More and more tech-savvy tourists are coming to Japan who rely much more on mobile devices. We would like to collaborate more platforms such as TripAdvisor or Airbnb.

In June 2017, JNTO’s New York office stated that “Japan continues to attract many international travelers, and JNTO is focused on promoting off-the-beaten-path areas like Tohoku, in hopes of encouraging tourists to continuously visit and explore Japan's numerous hidden attractions.” What other activities is TOHOKU TOURISM planning to do to further attract American tourists into the region? Famous American blogger Kelley Ferro was invited and generated a promotional video of Tohoku which has already had 100,000 views on YouTube. Are you planning to create these kind of collaborations or non-traditional activities to bond with American tourists as well?

In addition to a video created by Kelley Ferro, we have produced our own non-narrated videos, called “Autumn Colors in Tohoku, Japan” and “Winter Lights in Tohoku, Japan” which after two months on YouTube received 9 million views (12 million views for “Autumn” and 10 million for  “Winter”, as of November 1, 2017.) We have received positive feedback on the beauty and engaging effect of these videos. So, we are learning that video creation can be a powerful marketing tool and is much more cost-effective to invite powerful bloggers such as Kelley Ferro to experience Japan, than it is for us to visit America to promote it ourselves. On top of that, there is the added advantage of speaking to viewers in a language they understand.

Can you tell us more about the unique characteristic that the Tohoku region offers? What kind of activities are visitors able to experience?

In the spring, the Hirosaki Castle in Aomori prefecture is a fantastic sight when cherry trees are in full bloom.

Tohoku is a region of a great variety of famous festivals that local citizens hold to enjoy their short summer season.

In the fall, one can travel from north to south to enjoy the changing autumn colors.

In the winter, it is great to travel and ski around Appi in Iwate prefecture or  Zao straddling Yamagata and Miyagi prefectures. Winter in the northern mountain areas are famous for snow-covered trees, also known as “snow monsters”, as well as snow festivals, especially loved by visitors from warm climates.

There are also historical tour routes from which one can learn of Tohoku’s past. For example,  one can visit famous castles such as Turugajo in Fukushima or Hirosaki in Aomori. Or, one can visit temples with a millenium of history in Fukushima (Shiramizu-Amidado) and in Iwate (Chusonji). Finally, one can also learn of the prehistoric culture of over 2,000 years ago at places such as Sannai-Maruyama Ruins in Aomori.

There are many kinds of delicious food in Tohoku such as fresh seafood, fruits (apples, peaches, cherries, etc.) and vegetables. You can enjoy fruit-picking throughout the year.

In addition to culinary culture, in Tohoku there are around 4,000 “onsen”, or hot springs. Tohoku’s hot springs are world-famous for their many qualities.

In winter, some hot springs are in mountainous areas covered deep in snow.  You can relax in comfort as you bathe surrounded by the beautiful snow scenery.

Women in Tohoku are famous for their beautiful and clear skin and are known as “Tohoku beauties” (Tohoku bijin) , a reputation often attributed to the mineral composition of the spring waters.

Aizu Wakamatsu is an area famous as the home of many notable samurai. The area is full of history and tradition, also near the beautiful town of Kitakata, town of merchants and beautiful old storehouses. What other attractions should an American interested in samurai history visit?

There are many attractions where you can feel the spirit of the Samurai Warriors in Tohoku. There are several Castles such as Hirosaki Castle in Aomori, Shiroishi Castle in Miyagi, or the Sendai City Museum where you can see Lord Masamune Date’s armor and helmet, which is said to have inspired the costume of Darth Vador of Star Wars. Also, there is the Samurai Houses Street in Kakunodate, Akita, which make you feel as if you were back in the Edo Era of 400 years ago.

Those who are interested in samurai really must try the “Soma-nomaoi” festival in Soma area of Fukushima, held around the end of July every year. You can see very realistic samurais there.
This festival, held in the summer, has a thousand-year history, and started as military drill performances. Despite the devastating quake and tsunami that damaged much of the coastline including Fukushima, the festival continued because the people of Soma believed that no matter what happened, they had to pass on the tradition.

When you see this festival with 400 samurais on horseback in traditional armor and their racing horses, you feel as if you had traveled back in time.

You got your degree in Tohoku University, you are Chairman of Tohoku Tourism and have worked for JR East since 1970, holding the position of Chairman. Having such an important role where you can help and influence to such a degree, do you have a message or legacy you would like to convey to your employees and organization to inspire them for the future?

As chairman of East Japan Railway Company, I want to stress the importance of “safety first”. That is, we must always keep in mind to keep ourselves safe in any situation. Another motto for our employees is “Never be afraid to try something new! ”

Also as chairman of Tohoku Tourism Promotion Organization, I’m afraid that our hidden gems in Tohoku will remain hidden forever unless we promote them using SNS, video streaming, famous bloggers, and others. We need to make tremendous effort to accomplish our goals.