EXPORTS TO DOUBLE BY 2020
AGRICULTUREOTHERSASIA-PACIFICJAPANGOVERNMENTAGRICULTUREASIA

Through Japan’s “Made From Japan, Made By Japan, Made In Japan” or FBI strategy, Minister of Agriculture, Forestry and Fisheries Yoshimasa Hayashi shares with Globus Vision the future of the agriculture sector in Japan in a more globalized world. 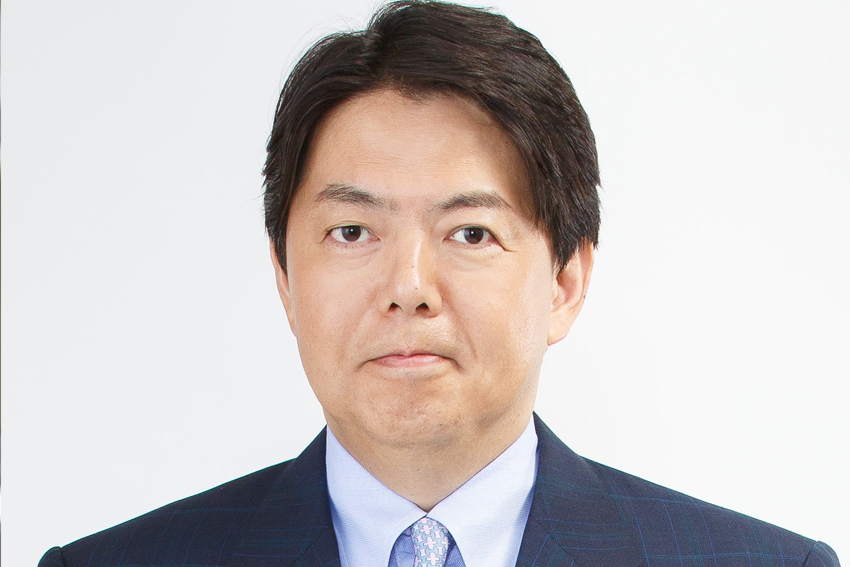 Japan is truly going through an exciting time at the moment. In a period of global economic recession, Japan is making difficult choices to reorient its economy for a more globalized world. Central to this aspiration, Japan is on the verge of signing the historic Trans-Pacific Partnership (TPP), which is comprised of 12 countries, 40% of the world’s GDP, and will be the largest trade deal in history, a deal you’ve called a “milestone.” There has been, though, a lot of negative backlash in the news from Japan’s agriculture sector. Do you still believe the TPP is vital to Japan’s prosperity and if so, how are you working to build support behind this?

First of all, I think the TPA bill has just been introduced, so it is going to be in the senate for a while to be discussed. We will be watching its progress very closely.

The contents of this bill are very important, so it is very important that this bill is passed. All the 11 countries, maybe even including the United States, definitely want to see the TPA bill is really authorized by the government to finally sign the agreement.

As you say, the agriculture situation here is in a time of big reforms, especially since three years ago, when I was appointed by Prime Minister Abe. We want active, offensive agriculture because we have a lot of potential in this area.

Agriculture here is not weak to be protected. All agricultural products, including products from fishery, finally go into dishes, the food. Most of them go to Japanese cuisine, which now is one of the most favorite cuisines in the world.

Demand in the Japanese domestic market is decreasing because the population is decreasing, but we could put on more added value, more branding, and we have great potential for export.

Japanese exports of agricultural products and processed food are 450 billion JPY. We have made a plan to double these exports to 1 trillion JPY by 2020.

We are trying to have more energetic, younger farmers in order to have higher productivity.

With all this, the farmers’ income should get growing. In farming, you can only see changes yearly, so we will have to wait until next summer to see the results.

That is why we decided the total change should happen in five years.

Since the last government, DPJ (the Democratic Party of Japan) has been distributing all the subsidies for farmers of every size, so that they hardly rent land to energetic farmers.

But we are going to abolish that and set up a new farmland bank to consolidate the land. Our aim is that more energetic, younger farmers will have wider land, so that they can reduce the cost of growing.

So, in five years we are going to abolish that subsidy; now it has been cut to half. The government will be stopping allocating the quota for production of the rice throughout Japanese farmers because domestic demand is going down 1% every year.

After five years, that intervention by the government will be relieved, so bigger-sized farmers, with a management mindset, will have to decide by themselves what to grow according to the demand.

We are trying to make it easier for them to shift from rice to wheat or soybean, to diversify. They have to think by themselves that they have to fit consumers demand and then they have to respond to them.

On the supply side, the ministry is trying to implement ICT technologies. Japan’s private sector has some of the most innovative ICT in the world. On the demand side, you have a really interesting ambitious campaign called “Made WITH Japan”. Could you highlight some of these initiatives on both sides?

Yes, we are starting the FBI strategy, Made From Japan, Made By Japan, Made In Japan, FBI. Now the Japanese cuisine will be famous and more favorable throughout the world market, more products could be bought from Japan.

So, for made by Japan to make the Japanese cuisine world famous is very important. As regards made from Japan, a French restaurant in Paris is using Japanese seagrass.

Also, in famous Chinese restaurants they are using Japanese fish. They use very expensive fish, which originally come from Japan. Many more ingredients of Italian or French or Chinese cuisine are also from Japan.

So, with FBI we have total coordination; we’re boosting exports from Japan.

For example, to sell fishery products to the EU market, we have to have EU HACCP certifications. To export to Middle East Islamic countries, we need Halal treatment. Many countries require specific things.

We carried out studies two years ago to focus on these issues, which made our figures grow.

Our goal to achieve 1 trillion JPY in 2020 is now plausible, so we are trying to set a new goal for 2030: 5 trillion JPY, which is quite a big number but, for example, France is exporting a 7 trillion JPY equivalent.

They are number three or four in the world market; we are number 57. The total production of agricultural products here is 8 or 9 trillion JPY, so if we get to that 5 trillion JPY, that will cause a big impact in the Japanese market too.

So these are the demand side policies.

In relation to the supply side policies, we are encouraging land consolidation by the Public Corporations for Farmland Consolidation to Core Farmers through renting and subleasing (Farmland Banks).

We passed a law the year before last so that each of the 47 prefectures in Japan has its own bank.

The banks are supported by prefecture government, while the MAFF (Ministry of Agriculture, Forestry and Fisheries) is also supporting them.

To double farmers’ income, the MAFF plans to help increase added value on products sold domestically as well as promote collaboration between agriculture and other sectors, such as tourism and medical industries, by growing raw materials for Chinese medicine, for example. Can you outline a few of these initiatives for us?

I think that is a very good point. We import the original ingredients for so-called ”Chinese medicine” from China, 80%. But now the yen is getting weaker and there is also rising demand in China, for their own use, so the prices are going up.

Therefore, what we have been doing in these three years is to have a matchmaking process between the manufacturers of Chinese medicine and areas or farmers who can grow those things.

The good thing about Chinese medicine ingredients is that many of them grow in high mountains, where not many other crops can grow. This is very good for small villages because they can specialize in making all these.

Also, for domestic demand, we are doing home care foods. We started nursery care insurance almost two decades ago. Every day, standard rate of the insurance is almost a $12 equivalent for food.

So, almost 3 trillion JPY is paid for food. But the people under that insurance need softer things because they have chewing and swallowing problems.

Last year, we set up a study group to conduct research on their needs and we came up with the new classification of home care foods (recently nicknamed “Smile Care Food”).

Minister, you are often credited as one of the most influential voices when it comes to relations with the United States in Prime Minster Abe’s cabinet. You spent a lot of time in America, you went to Harvard, you worked as a congressional aide in D.C., and you understand and have an intimate knowledge of Japan-US relations. So, taking this opportunity to reach out in one of America’s leading media, how important are these relations not only in terms of Japan leaving behind two decades of sluggish economic growth, but also to the development and the peace and prosperity of the Asia-Pacific region?

Yes, it is really essential that the US and Japan have a good relationship, not only for bilateral relationships but, as you said, for the whole Asia-Pacific region.

That is why I am still echoing what our senator said: it is the most important bilateral relationship, bar none!