In this interview for the Worldfolio, Mr. Yukihiro Yamamoto gives us his insight into the smart travelling applications that the company produces. 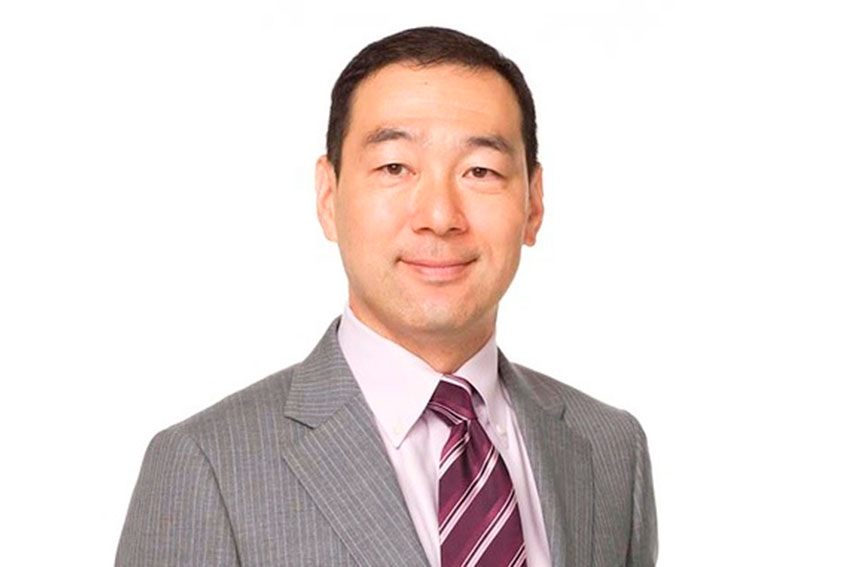 Abenomics has received critics, stating that it fell short of expectations. Despite the critics, we have seen a lot of our interviewees (ROHM) say that the true change brought about by Abenomics was “a switch in mentality.”  What is your assessment of the impact of Abenomics on Japan?

The terminology of mentality dates back to historical antecedents. The characteristic of Japanese people is one of a rebellious attitude towards the government. Together with the economic growth, the Japanese population demanded for a strong leadership of the country, and that need for strength stimulated the success of Abenomics. Mr. Abe is very enthusiastic and pro-foreign affairs, which he demonstrated when he dressed up as Mario during the Rio Olympics. He is meeting up with strong leaders of the world's economies, which is something that is very much welcomed. Japanese people are starting to feel satisfied by the government’s moves, and as a consequence, the values of Japan as a country are rising, which is something we are of course pleased to see.

Historically speaking, Japan has always been characterized as a manufacturing country. In the golden decades, the electronic manufacturing companies became gigantic as their products took over the world. Today, that model is being put on trial for its rigidness, impeaching innovation, and a high focus on hardware advancement rather than usability.  However, under Abenomics  we  have  seen  a recent  surge  in  entrepreneurial.  Example:  in 1999,  Japan  had  some  30  business  incubators, today,  it has 400.  What are the reasons for Japan’s recent entrepreneurial and software boom? What do you believe has been the development in recent years? What developments are you expecting for the years to come?

I foresee the booming of the entrepreneurial spirt to be a temporary movement, because although these startup companies are currently receiving financial support, entrepreneurs lack credibility and often cannot borrow money from the bank. So although it is fairly easy to establish a startup company, it is very difficult to make it grow.  Also, the majority of people still enjoy life time employment at their corporation in Japan. Another reason behind my belief that this is a temporary movement, is that the law restricts entrepreneurial spirit from growing further. When Rakuten wanted to go into the world of pharmaceuticals, the law did not allow their request because of the difficulties involved with online pharmaceuticals.

Established companies like Uber make it very difficult for others to compete using a similar business model; and that is especially relevant when the government or society itself are being very conservative in terms of protecting the current companies. On the other hand, I believe that there is a huge boom in software. Everything I deal with is mainly focused towards the automobile industry, and the source code has multiplied and expanded exponentially into a digitalized platform. IoT is one of the biggest answers to this industry, and through digitalization, there are things happening that we did not even think possible before, such as opening doors automatically or connecting internet to a fridge.  It is now possible to check everything, so this area has experienced a big boom.

Canvas Mapple  is  a  great  embodiment  of  the  corporate  changes  that  are  happening  in  Japan.  This software-making company develops B2B and B2C cross-platform (iPhone, Android, AVN etc.) car navigation systems that facilitate the driving experience. Could you please take us over your main products and how it works to facilitate in-car navigation? Looking at the future, which platforms and applications will you focus your efforts on?

Our foundation is that of the portable navigation system. Our parent company creates guide books for tourism, and we digitalize everything they make from hard to software. Navigation, with the exception of ours, is only a mere time frame: they only calculate the time frame between the current place and where they want to be. But for us, because we are integrated, our concept is about improving people’s lives’ by making life simpler; so we are in a quite different position than the other companies.  If you go to a specific touristic destination, the navigation system will give you recommendations on presents, foods and souvenirs. When you are in a parking lot or in a traffic jam, you will be given recommendations to the nearest restaurant, museum and art gallery.  We have partnered with Garmin to produce this product, and it can be used with smart phones, making it easier to give directions while driving. We always used to use google maps, but now people are experiencing smart navigation, which is next level, fast and very smooth. Some critics say that the experience is like flying, but we consider usability as our main objective.

Our parent company, Shobunsha, is only tailored to the Japanese regions. However, with Garmin, we have been working with a foreign company.  The targeted market that we are currently aiming for is South East Asia because their economy is obviously growing and countries such as Thailand, Indonesia and Malaysia have not integrated their touristic data just yet, which is something we are gathering ourselves right now. Asia is tailored to attract foreigners and westerners, so we find it logical to include the Asian continent in our maps, greatly expanding the covered area.  One of the reasons we have partnered with a Thai Company is to try and do that: to deliver cross-nation usable content.

We have an unprecedented amount of rich content that nobody has ever had before.  Also, we have a very competent team of engineers and technicians that can deal with those tools, which is why we have such rich content. It is also important to note that when we start working with these different companies, we obtain development offers, superior technologies and better human resources.

Your  company  was  established  in  September  2006  as  a  100%  owned  subsidiary  of  Shobunsha Publications Inc. What are the  challenges  and  opportunities  that  you  faced,  and  how  did you  overcome them? What are your expectations for the future? What is your relationship with your parent company?

We are given independence in our relationship. On the one hand, we give 50% of our sales to Shobunsha as a licensing piece, so from their perspective, we are excellent customers. On the other hand, we also obtain a lot of reach content from them, so we enjoy a very good relationship and positive synergies amongst each other’s. The Japanese and the automobile industry market is very saturated, and our objective is therefore to expand to the Asian market. In terms of logistics, building relationships of trust with companies such as Rakutan and Amazon are very important. The current situation that we are facing is that there is a strong tie between the maker of the manufacturing product and the logistic company. However, because our product is excellent and demanded, we are able to merge both. Canvas Mapple enjoys a great relationship with distributors and makers alike.

If we were to come back in five or ten years, where would you want Canvas Mapple to be?

The Smart Device Link was established by Toyota and Ford. We are trying to establish an application that can be applied to this SDL and not only for Ford, but also for Japanese automobile companies such as Mitsuoka, Suzuki and Daihatsu, who are considering participating in this project. The USA and China are also expected to participate in this project, so the smart interface of the SDL will expand dramatically.  Originally, we tailored our navigation systems to Suzuki. However, we realized that if we established a navigation system that could be utilized by different manufacturers, we could be used everywhere in the world. Of course, that international vision is going to change the game for us in terms of competition, and it will become crucial to promote our company.  That is why we do not want to promote our product’s competitive advantages to car makers only, but we also want to reach out to the end-consumers directly.  One of the differentiating points about us is that we do not only provide our products to Clarion or Toyota, but we also help them promote their products with our pamphlets.  The current market will grow into something where we can fully utilize our know-how and technologies amongst all car makers and direct consumers. I believe that we have the potential to become a global company.